Conditions of sale and shipping... 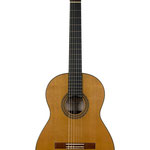 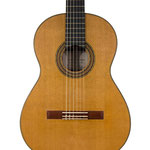 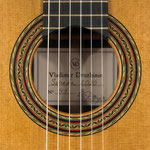 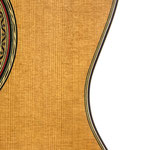 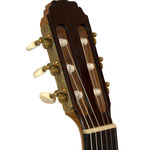 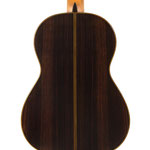 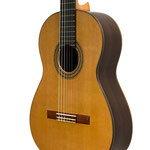 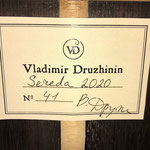 Vladimir Druzhinin was born in 1983 in Novosibirsk, Russia into a family of scientists. After graduating from Novosibirsk State University with a degree in particle physics, he continued his studies in the string department (double bass) of the Novosibirsk Higher School of Music. In 2010, he moved to Moscow where he met the luthier Timofey Tkach who hired him as an apprentice. Since then, lutherie has become his main activity.

At the beginning his work was influenced by the Hauser I guitars of the 30's. Over time he turned to the Madrid period of the beginning of the 20th century, which represents a high point in the history of this instrument: Manuel Ramirez, Domingo Esteso, Santos Hernandez... The reason for this evolution lies essentially in the distribution and balance of the vibrating parts of the guitar: the top of course, but also the back, sides, neck... in order to harmonize their contribution in the formation of the sound to obtain a better efficiency on different points influencing the expressive and musical richness so specific to the guitar: dynamics, flexibility, uniformity, spectral breadth, clarity.

Its aesthetic is elegant, the rosette is superb and finely crafted. The woods are first choice and the work of lutherie shows an obvious know-how. Soundwise you can guess the luthier's interest in the great names of the Spanish tradition: Santos Hernandez, Esteso, Torres etc.... The guitar is powerful, well balanced, with a fast and efficient response. The bass is deep and punchy, the treble is clear and solid with a lovely timbre.